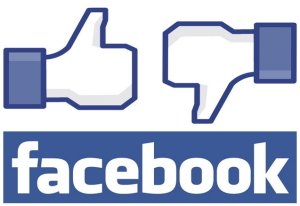 Facebook has just released the findings of a (pretty controversial) ‘emotion study’ it undertook in 2012. ‘A small percentage’ of emotional words were hidden from approx 700,000 people’s news feeds over the course of one week to see the effect on their online behaviour.

The words and phrases chosen were generally considered to represent happy, sad, angry, jealous, anxious or stressed emotions. The researchers both limited and increased exposure to these words and then monitored the effect this had on how many ‘likes’ people gave to things, what they posted and what they commented on.

The results found that people’s emotions were reinforced by what they saw – what the researchers called ‘emotional contagion’. If they saw lots of positive stuff, they reacted more positively, liking more posts and writing more upbeat statuses. However, when they were exposed to more negative info they responded in kind, ‘liking’ less stories and writing more unhappy, anxious or worried posts. In short: what they read affected their mood.

This experiment sums up what CBT (cognitive behavioural therapy) teaches – that your thoughts, body, feelings and mood are all connected. If you read lots of unhappy things or constantly seek information that ‘proves’ your negative beliefs about yourself (i.e. re-reading an awful email you’ve received over and over again, comparing yourself physically to airbrushed pictures of celebrities or looking up diets that promise to change your life and your body) you’ll end up feeling worse emotionally, thinking negative thoughts and behaving in unhelpful or sad ways (e.g. writing downer messages on Facebook!). You’ll react physically too, hunching over, biting your nails and feeling your stomach’s tied up in knots. It’s like feeling awful and deciding to listen to 12 hours of miserable weepy music – it’s hardly going to make you feel like dancing a merry jig.

When you feel low or insecure, be aware of aggravating the feeling by reading or researching negative things. Instead, actively look for positive, happier things to watch, listen to and read. It really will make you feel better.

For more info on the study and the controversy surrounding it click here. (The controversy isn’t about the validity of the experiment’s results, just the means of getting them!)

Writer, columnist and author of the This Book Will series View more posts